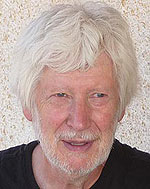 Ian works from his studio in Kettering and his main focus lies within the idea of transforming reality into an abstract form, as shown in his watercolours and 3D work. His constructions are based around the assembly of simple ordered elements, bringing together objects and artifacts related and unrelated to each other to form patterns within artworks that both evoke and provoke chance encounters and memories produced from material that has had a previous life and purpose.

Born in Northamptonshire, England, Ian attended Leicester College of Art in the 1960s. His lifetime career in the Graphics Industry led to setting up his own studio specialising in foreign language artworks. Chosen to exhibit in the Royal Watercolour Society 2012 and 2014 Opens at the Bankside Gallery, London.
Exhibits widely through the Midlands, mainly in Open Exhibitions.
Work is in many collections including The Alfred East Permanent Collection in Kettering. Influences include Joseph Cornell, Robert Rauschenburg, Andy Warhol, Peter Blake and Joe Tilson.
Reguarly runs Collage Workshops in Northamptonshire.
Current Chairman of Kettering & District Art Society. 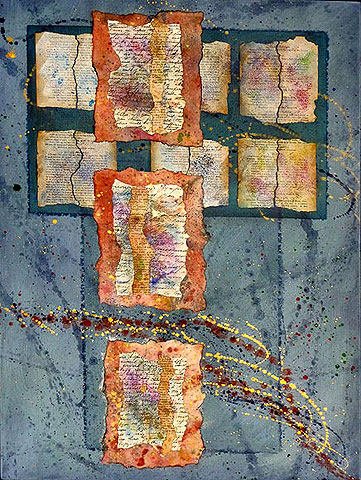